Raquel Riba Rossy (1990) is an illustrator from Barcelona, she studied Fine Arts at the Universidad de Barcelona and at the École Nationale Supérieure d’Art de Limoges, France. She published her first book in 2014, a children’s book that was translated into French. In 2016 she published the highly successful book Lola Vendetta. Más vale Lola que mal acompañada (Lumen, 2017), a graphic novel that reached seven editions and sold more than 15,000 copies in Spain. It was followed by ¿Qué pacha, mama? (Lumen, 2018), using the same alter ego, Lola Vendetta. She currently lives in Barcelona and works on several projects, such as ReEvolución femenina, about the empowerment of women. 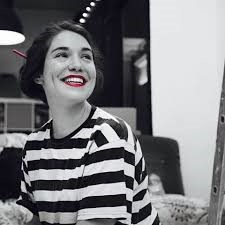