Esther Vivas is a journalist specialised in political analysis, agri-food systems and maternity. She has a degree in Journalism and an MBA in Sociology. She is the author of dozen books. Her latest works are El negocio de la comida. ¿Quién controla nuestra alimentación? (2014, Barcelona: Icaria ed.), with numerous editions that are still selling, and Sin miedo, written together with the nun Teresa Forcades (2013, Barcelona: Icaria ed.), with more than 6,000 copies sold both in Spanish and in Catalan.
She regularly appears on the most widely viewed media programmes, both on radio and television, as a talk-show guest and expert on several current issues. 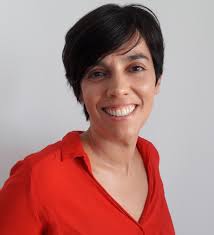